This will not take long. A few days ago, my eye was drawn to a piece in New Internationalist by Chris Saltmarsh and Harpreet Kaur Paul called ‘If we all became vegan tomorrow.’ It’s their response to a widely-cited article from the Guardian, ‘Avoiding meat and dairy is “single biggest way” to reduce your impact on Earth.’ Saltmarsh and Kaur Paul contend that this statement is a ‘myth’. In fact, the precise statement the NI article takes issue with was made by the leader of the research project around which the Guardian article is built:

“A vegan diet is probably the single biggest way to reduce your impact on planet Earth, not just greenhouse gases, but global acidification, eutrophication, land use and water use,” said Joseph Poore, at the University of Oxford, UK, who led the research. “It is far bigger than cutting down on your flights or buying an electric car,” he said, as these only cut greenhouse gas emissions.

How do Saltmarsh and Kaur Paul demonstrate this to be a myth? In short, they don’t. Instead, they rebut an argument that neither the Guardian piece nor Joseph Poore make. For instance, they write:

Climate change does not exist outside of our current social, economic, political and cultural systems. It magnifies existing patterns of inequity. Climate harms disproportionately affect groups and peoples already experiencing social, political and economic exclusion… Changing your shopping list – no matter how radically – will not solve these systemic problems. Thatcher said ‘there is no society’. Individualist ‘solutions’ to climate change – like prioritizing veganism – support this myth.

The points about the wider system are well-taken but neither the Guardian article nor the study it reports claim that individual veganism will ‘solve’ climate change. The claim is that a vegan diet is ‘the single biggest way to reduce your impact on planet Earth.’ It’s a separate claim.

In fact, Saltmarsh and Kaur Paul’s article contains much of value and makes many very sound points; not least that the problem of climate change and general environmental degradation cannot be adequately addressed through individual action alone. Yet, intentionally not, they blur two separate arguments and write a rebuttal to a point that has not been made. They go on:

The Guardian’s headline reports on the Oxford study by stating that ‘Avoiding meat and dairy is “single biggest way” to reduce your impact on Earth.” But we disagree. Although cutting out meat and dairy from your personal diet would have an important impact on reducing greenhouse gases, the facts suggest that there are bigger and far more effective ways to make a difference.

You have my attention, chaps. What are these ways?

…starting fossil fuel divestment campaigns and getting your employer, local authority and university to invest responsibly is one way. Organizing in your community for a cooperatively owned and operated municipal energy company to embrace renewables and eliminate fuel poverty. Becoming active in your trade union and developing policy supporting a just transition toward renewables. Making links with fossil fuel workers and getting them on side. Campaigning for banks like Barclays to stop providing corporate and project finance that enables further fossil fuel extraction. Joining the many front line resistances blockading new infrastructure like anti-frackers and resisting gas fields. Starting litigation or supporting those that have already brought challenges against complicit governments or companies.

I don’t want to be too harsh. Those are all creditable activities and, if successful, any one of them would have more impact on climate change than altering the diet of one person. Of course, they would. But let’s go back to the Poore’s statement: ‘A vegan diet is probably the single biggest way to reduce your impact on planet Earth…’ Your impact. Not your employer’s, not your community’s, not a bank’s.

Saltmarsh and Kaur Paul have written a useful article, filled with sensible points on several matters but not once do they support their central contention. Nowhere do they give an example of anything that the individual person can do to reduce their individual impact on climate destruction more effective than going vegan. Of course, veganism is not enough, and vegans should never claim that it is. Limiting one’s political activity to consumption choices and ‘lifestyle politics’ will never fix a fundamentally broken system. Anyone promoting veganism as the ‘solution’ to the environmental catastrophe we face is misguided. But widespread veganism would have a very significant effect on the problem and individual veganism is the most effective single thing one can do to reduce one’s personal footprint on the world.

Instead of addressing Joseph Poore’s actual claim, Saltmarsh and Kaur Paul knock down strawmen. I only hope that their misconceived article hasn’t turned anyone away from bringing politics to the dinner table. 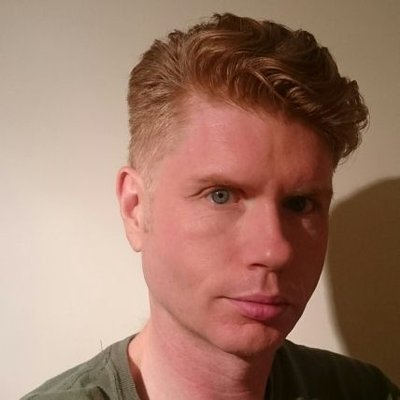